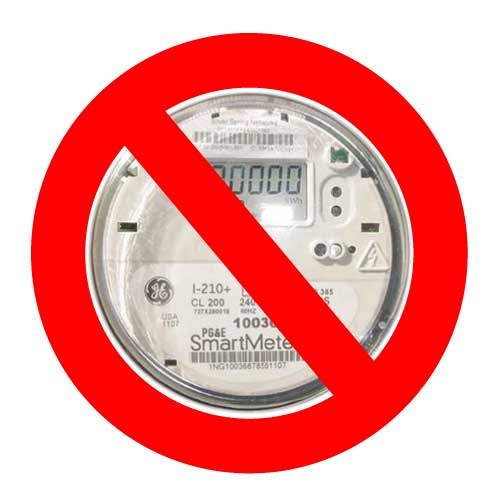 Texas Local Government Code 9.004 is the “People’s Power to Petition”. This law allows citizens to form petitions on issues important to the people. With the lesser of 5% of registered voters or 20,000 signatures, items can be placed on a ballot for the vote of the people. The Smart Meter battle waged in Brady is a small sampling of battles waged all across Texas communities. On September 25, 2012, Lt. Governor Dewhurst sent a letter to Senator John Carona, chairman of the Business and Commerce (B&C) Committee to call for public hearing to “ensure that business practices do not jeopardize the health of Texans.” This hearing took place on October 9, 2012. Since then, both the PUC and B&C Committee have conducted one hearing each regarding SB 241.

The Smart Meter initiative began with the 2005 HB 2129 bill by Dennis Bonnen that “encouraged” the use of this technology. In a February 11, 2012 letter, Representative Bonnen wrote, “I am concerned that certain providers are acting beyond the purview of the HB 2129 by forcing these meters on customers. This was not the intent of the legislation.” In this legislative session, Senator Carona authored SB 241 which allows citizens to Opt Out of the Smart Meters at no charge. The bill passed out of committee by a 5 to 2 vote in favor of the bill. Support of 21 Senators is necessary the SB 241 to go before the Senate floor for a vote. Latest count reveals that two more Senators are still needed. Time is very short to complete the legislative process through the House.

A group of Brady citizens took action in their community to change the direction of local government by forming a Political Action Committee, Tax Payers for Sensible Government (TPSG). In 4 months, the Brady community conducted 7 petitions:

4. Allows customers to refuse installation or request removal of any product or service they deem harmful to their person, property or privacy at no charge or surcharge to the customer.
5-7 Three charter amendment proposals were necessary to preserve the right of petition for recall to counter amendments proposed by the City Council would jeopardized the right to petition for recall.

The recommendations of the TPSG voter’s guide won by an overwhelming 72% majority of the vote. This result is in-spite of the full page voter’s guide recommended by the Chamber of Commerce that virtually opposed every taxpayer position. The events of Brady, Texas are an example of what is taking place at local, state and national levels. When elected officials turn a deaf ear to the will of the people, Code 9.004, is a small but powerful tool to empower citizens to take action and claim their right to a representative government. It is our constitutional right to petition which is guaranteed to us in the 1st Amendment. Remember, we are a government of the people, by the people, for the people.

To get YOUR community involved using Texas Local Government Code 9.004 to have the ability to opt-out of using a smart meter on your home, click here.