Approximately 25,000 Texans voted in the poll and Hall’s consistent message of conservatism earned him a place in the Top 10.

“I am honored to be in the Top 10 and have the support of so many people who understand the return of a conservative foundation of America begins at the State level. I am a true Conservative, with core conservative values who has been called to step up and run to repay the debt of our brave Founders and the greatest generation who helped make America the beacon of freedom for the entire world.”

While Hall has voluntarily served his country, earning the rank of a Captain in the US Air Force, he has never held a public office. However, he has been very active with the Tea Party movement. He helped form the Canton Area Tea Party and is a charter member of the East Texas Constitutional Alliance. Since becoming active with the Tea Party movement he has given talks throughout North Texas on what We The People can and must do to return America to the Judeo-Christian values on which it was founded.

Bob and his wife Kay live at Tailwind Airpark in Edgewood, Texas. They are members of Lakeside Baptist Church in Canton, Texas.

Visit www.VoteBobHall.com for more information on Mr. Hall or his campaign. 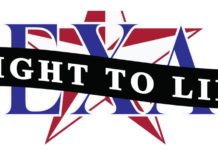 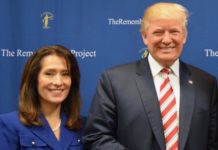