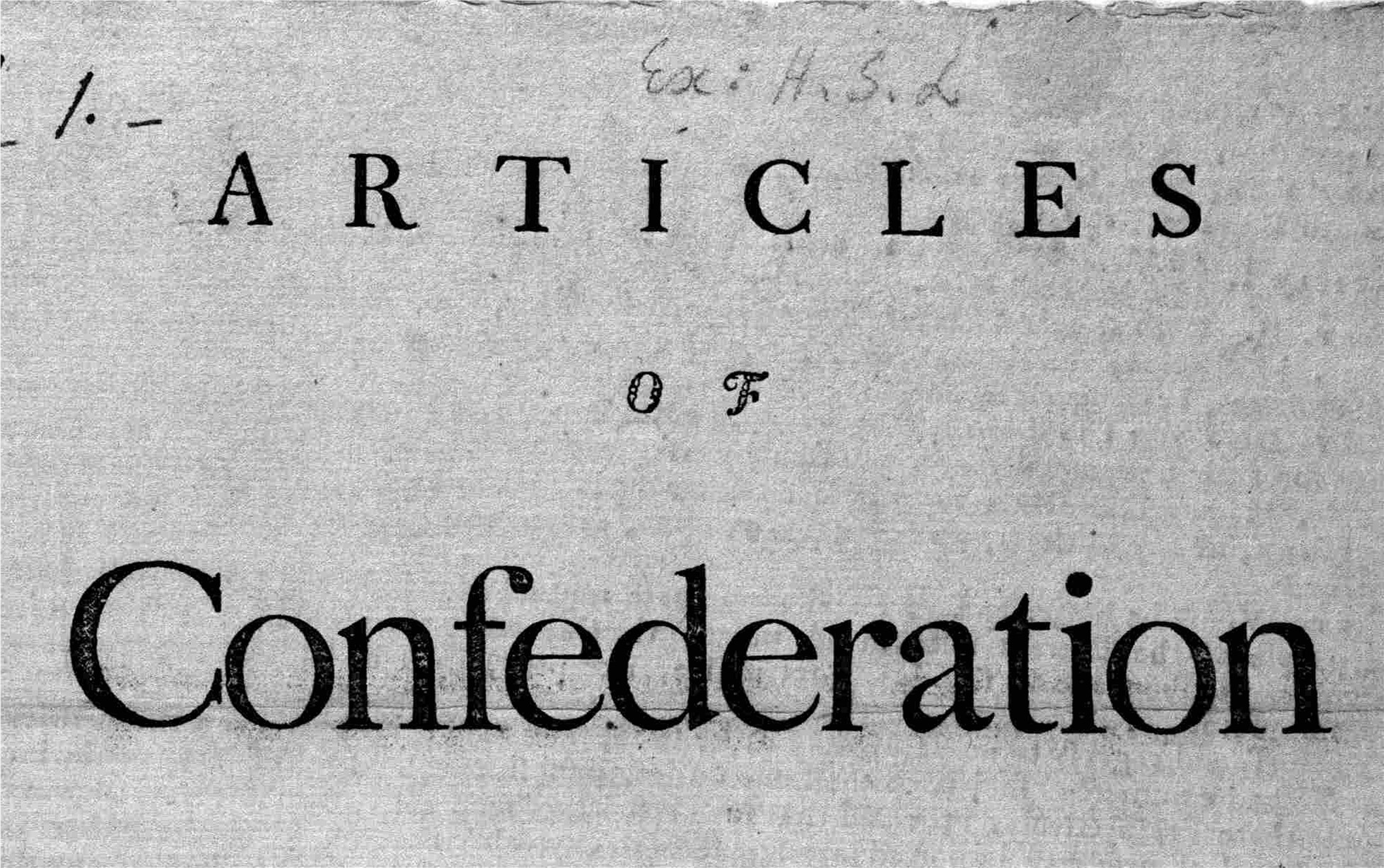 The Articles of Confederation (and Perpetual Union) was the first Constitution of the United States. Richard Henry Lee wrote, “In this great business, dear Sir, we must yield a little to each other, and not rigidly insist on having everything correspondent to the partial views of every State. On such terms we can never confederate…” Thomas Burke noted, “The United States ought to be as One Sovereign [power] with respect to foreign Powers… But in all Commercial or other peaceful Intercourse they ought to be as separate Sovereigns.” Once the Articles of Confederation were approved, Congress encouraged ratification.

“To form a permanent Union, accommodated to the opinion and wishes of the delegates of so many states differing in habits, produce, commerce and internal police, was found to be a work which nothing but time and reflection, conspiring with a disposition to conciliate, could mature and accomplish.

Hardly is it to be expected that any plan, in the variety of provisions essential to our Union, should exactly correspond with the maxims and political views of every particular state. Let it be remarked that after the most careful inquiry and the fullest information, this is proposed as the best, which could be adapted to the circumstances of all; and as that alone, which affords any tolerable prospect of general ratification.

Permit us then earnestly to recommend these articles to the immediate and dispassionate attention of the legislatures of the respective states. Let them be candidly reviewed under a sense of the difficulty of combining in one general system the various sentiments and interests of a continent divided into so many sovereign and independent communities…” Journals of Congress, Circular Letter to the States accompanying the Articles of Confederation, November 17, 1777

“… [A Confederation] seems essential to our very existence as a free people, and without it we may be constrained to bid adieu to independence, to liberty and safety — [These] blessings… we have reason to expect, if in an humble dependence on his divine providence we strenuously exert the means which are placed in our power.” Journals of Congress, Circular Letter to the States accompanying the Articles of Confederation, November 17, 1777
—

“… let them [the Articles of Confederation] be examined with a liberality becoming brethren and fellow citizens… contending for the same illustrious prize, and deeply interested in being forever bound and connected together by ties the most intimate and indissoluble…” Journals of Congress, Circular Letter to the States accompanying the Articles of Confederation, November 17, 1777