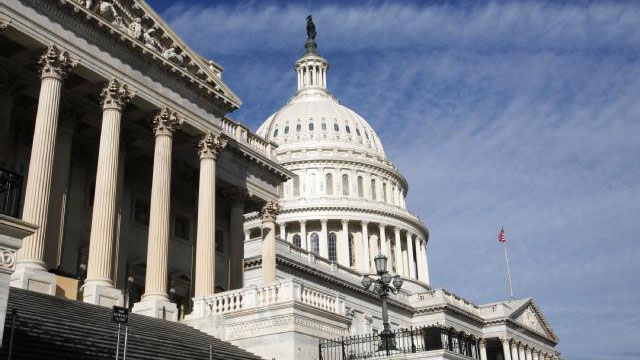 With every acquiesce of the G.O.P. House of Representatives to another federal budget bathed in red, sustained by another Continuing Resolution (C.R.), the fate of the Republican Party in the 2014 midterm elections becomes more precarious.

On September 13, 2012, the House approved “H.J.Res. 117, the Continuing Resolution to fund the federal government until March 27, 2013. The temporary funding measure continues funding at the current rate of operations for federal agencies, programs and services, and provides funding for FEMA’s Disaster Relief Fund, for relief and recovery following disasters such as the recent Hurricane Isaac.”

That vote provided funding for the federal government through March 27, 2013, when the media will scream out that yet another “fiscal crisis” looms, with potentially cataclysmic consequences if the C.R. isn’t passed.

“This CR is a good-faith effort to provide limited but fair funding for government programs. It fulfills the responsibility of Congress to maintain the continuity of our government and its vital programs and services – for our people, nation, and for the stability of our economy.”

“However it is essential that we move away from relying on these short term funding Band-Aids. We must return to passing critical funding legislation in the way the Constitution intended – as individual, regular Appropriations bills that provide oversight of government programs and respond to our national needs and financial realities.”

It should be obvious to all sentient beings that the cascade of fiscal dramas is a political strategy of the Obama regime. And, that the G.O.P. leadership has been willingly, or unwittingly, complicit it making that strategy work for the Democrats.

Once Republicans played along, they were hooked.

The sequester episode was merely a warm-up for the looming March Madness when Congress will, yet again, display what Rogers called “a good faith effort to provide limited but fair funding for government programs.”  (Begs the questions: What’s “fair funding” mean? And, “faith” in what exactly?)

The proverbial can has been kicked down the road so many times it rolls like a ball.

Haunted by the ghosts of a government shut-down during the Clinton administration, successfully blamed by the media and Democrats on Newt Gingrich and company, today’s House Republicans will huff-and-puff, draw back their collective leg, and launch the can down the road…in good faith, of course…while saying, vehemently, that the kicking must stop.

The behavior differs little from the crack head who says the highs must stop, and will stop, right after just one more hit.  And then another, because the pronunciations of a chronic addict are thoroughly unreliable.

The Democrat’s histrionics, driven by the state-controlled media, surrounding the faux consequences of the sequester “cuts” – which, as we know, were not really cuts – were a warning to the Republicans that any attempt to alter the weight and trajectory of the can will make the blame Newt and company faced look mild when a demonized G.O.P. is accused of driving the nation back into a recession (from which it hasn’t yet emerged).

You think Boehner and company didn’t get the blackmail message?

When the House caves again, the federal debt won’t be the only number that will increase.

The four million Republicans, who chose not to vote in the 2012 election, don’t represent the elephant in the room of explanations as to why there is no President Romney.

Those four million Republicans are the room.

And, with every new dent in the can, not only does Congress abdicate its Constitutional role, but the Republican headcount in the elephant room grows, as more traditionally Republican voters crowd in through the door, disgusted.

Consequently, the outcome of the 2014 midterm election could end the G.O.P.’s House majority – and for a very long time.

It’s past time…for the adults in the House…to trash the can.