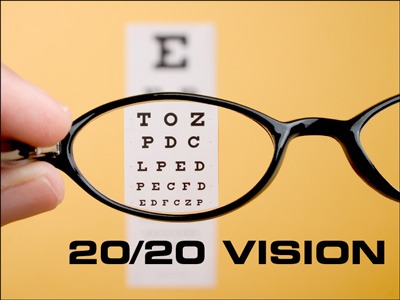 The 2020 campaign has been on a slow boil since the first of the year.  Many Democrats have either announced or established exploratory committees.  Trump’s rally in Michigan was little more than a campaign speech.  Conclusions drawn by the Mueller report have lifted Republican’s spirits and created real optimism.  This is misplaced.  The road ahead is going to be difficult.  For Republicans, the biggest problems are not with the campaign itself.  Trump has significant wins to which he can refer.  It will be a good campaign.  But this may be insignificant to the outcome of the 2020 election.  In a fair election, I would be confident too.  However, a number of Democrat initiatives are lurking like land mines just below the surface.  Overconfidence allowed the Democrats to miscalculate where, and how many votes they needed to steal the election in 2016.  They are unlikely to make this mistake in 2020.  I am not concerned about losing the election in 2020; what worries me is having it stolen.

In a number of ways, some quite overt, Democrats have managed to subvert our election laws.  First of these are motor-voter laws.  What an odd coincidence that the same party that insisted everyone be given voter applications when applying for a driver’s license, simultaneously made the case that those illegally in our country should also have driver’s licenses.  Interestingly enough, every attempt to put some apparent and meaningful distinction on the licenses of non citizens has been obstructed and tied up with lawsuits.  It is feared this might stigmatize the individual.  The result is that the voter rolls are flooded with illegal aliens (noncitizens).  We might do just as well to open the polls to tour buses from Ecuador.  When summoned for jury duty, many of these same illegal aliens reveal their noncitizen status to avoid serving, but still they are not removed from the voter rolls.

Second, Texas finally passed legislation, acceptable to the court, which requires photo ID to vote.  However, in the very next legislative session, Democrats were able to push through the “reasonable impediment” exemption.  Part of this law prohibits election workers from inquiring as to what the impediment might be.  Logic dictates that anyone who can get out and vote, can also get out and secure a free State issued photo ID; but we are legally prohibited from even questioning it.

Finally, we find the Democrats successfully doing an end-run around the Electoral College.  The Electoral College is established in the US Constitution in Article II section 1 and was later modified by the Twelfth Amendment ratified in 1804.  Hopefully you can read these without your eyes spinning in their sockets.  In practice, the voters in each state vote for a slate of electors chosen by each party which represents their Presidential and Vice Presidential candidates.  The number of electors for each state equals the number of Senators (2) plus their number of Representatives to the House.  The party of the winner of the popular vote in that state will send their slate of electors to the state capital to cast their vote for President and Vice President.  With two exceptions, this is a winner- take-all system where the popular vote winner in each state gets all the electors from that state.  Maine and Nebraska are the two exceptions in that they award two votes to the winner of the popular vote in their state and apportion the rest according to the winners of each congressional district.

However, now thirteen states have signed onto the “National Popular Vote Interstate Compact” where the State sends the slate of electors from their state which represents the party whose candidate won the national popular vote, not necessarily the popular vote of the state itself, potentially disenfranchising their own voters.  We might just as well have California appoint Maxine Waters President and be done with it.

The Electoral College as originally set up accomplished two things.  First, it assured that a few of the most populous states did not ride roughshod over the entire country.  Second, it also insured that in the event that a given state had a corrupt election system, the influence of the corruption would be limited to the number of electors allocated to that particular state.  In the first case it insures that California alone does not select our Commander in Chief.  In the second case it ensures that a state like Utah does not report a voter turnout of 12,000% allowing Utah to select the nation’s leader.  Somehow, this critical situation also needs to be addressed.

While all this has been going on, Americans have been treated to the Kabuki theater of a humanitarian disaster on our southern border.  Don’t get me wrong.  This is definitely a crisis and innocent people both sides of the border are suffering.  Human beings are not migratory animals like lemmings.  Someone is funding and organizing these “caravans” to achieve some political end.  A curious and uncorrupted press would dig like badgers to get this scoop.  Lacking that, our CIA and Justice departments should already have issued indictments.  The fact that they have not is evidence of a well entrenched “Deep State.”  This swamp must be drained.  The American people are waiting – too patiently I assert.

The Kabuki aspect of the border debate comes from the idiotic notion that it is “immoral” for a sovereign nation to defend its own borders.  Yet Article IV section 4 of the US Constitution insists that all branches of our government secure our borders.  Why would one political entity, the Democrat Party, insist on open borders?  The simple answer is that many of their voters live on the other side of the border.  A voting population composed exclusively of US citizens would be a disaster for the Democrat Party.  Although the Democrat Party insists that there is NO voter fraud in the United States, recent evidence proves the opposite to be true.  Tens of thousands of non citizens are on the voter rolls in Texas.  Tens of thousands have actually voted in our elections.  In California the number is in the hundreds of thousands.  Surprisingly, Democrats have to keep bringing in fresh voters to secure their majorities where they have them.  They do this without regard to the criminal element and negative cultural proclivities that come with illegal populations.

Finally, the diabolical nature of the multilayered Mueller investigation and its residual effects may not be obvious to all, so allow me to expose at least its broad objectives.  First, the diamond in the coal mine would have been to find actual collusion between the Trump campaign and Russian operatives.  Trump, a seasoned micromanager, knew there wasn’t any and realized the political value of letting Muller discover this for himself.

Second, the Mueller investigation was designed to act as a cudgel to punish anyone who had supported Trump in 2016 and to send a message to anyone who might support him in 2020.  The legal financial burden for many innocent “witnesses” in this investigation was punitive, causing many to expend retirement savings, mortgage their homes, and some to even file for bankruptcy.  Many had their reputations smeared, a common tactic of the left as demonstrated in the ordeals of Justices Thomas and Cavanaugh as well as citizens like Nicholas Sandmann, a simple High school student on a school outing to learn about our form of government.  The complete list of character assassinations by Democrats is very long.  This was an attempt to equate support for Trump with financial ruin and social isolation.  Remember, when Democrats took down Nixon, the first thing they did was to take down all the support around him.

Third, and potentially the most damaging, is that the Mueller investigation was nothing but government funded (this means you paid for it) opposition research into the Trump organization and the most powerful investigative departments in the government’s arsenal were used to do it.  We know that the Trump organization was phone-tapped and spied upon during the 2016 election.  How embarrassing that they knew his every move, harvested illegal votes like a combine and still lost!  The soon-to-be-released Mueller report is a treasure trove of details of Trump’s personal life and finances which will be twisted and spun into the most fantastic tales on which Democrat presidential hopefuls will base their campaigns.  Citing the Mueller report will give these fanciful claims the imprimatur of officialdom.  There are three hundred pages of them and it will not be easy to beat back every one.

That there was a campaign which conspired with the Russians is obvious.  The Clinton campaign was up to its neck in corruption both foreign and domestic.  For the healing of this nation, the disinfectant of sunlight must be brought to bear on the Deep State, the Clinton corruption and ultimately on the Obama administration.  Mr. President, drain this swamp.